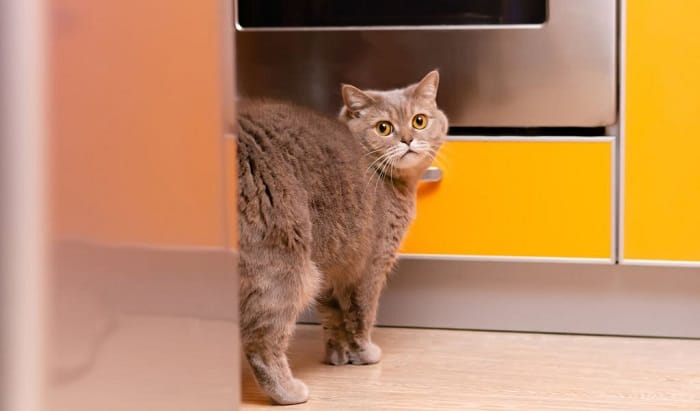 There will come a time that your feline cat will display behavior of spraying which is pretty common to cats.

Spraying is mostly presented when your cat starts to urinate anywhere but their litter box. This leads cat owners to ask, “what age do cats start spraying?”

Most cats, especially male kittens start spraying at the age of 6 months to 7 months. Although this varies from cat to cat.

How Old Are Cats When They Start Spraying?

Spraying is a bit annoying for cat owners because most likely than not, your cat’s pee will be all over your house and personal things. Both male and female cats have this kind of behavior.

However, male cats are more prone to this habit. So, as a cat owner, it is just natural for you to be curious and ask, “when do male cats start spraying?”

In general, most male cats spray at 6 or 7 months old as they reach their maturity. And, female cats start spraying around 6 months old too, just the same as the male cats.

Why Do Cats Spray? What Does Spraying Look Like? 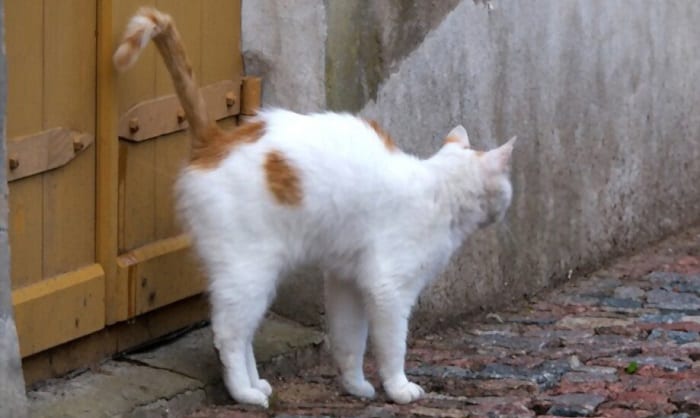 There could be many reasons why cats spray.

There might be an instance wherein you have brought a new cat or pet, making your feline friend stressed, anxious or a bit threatened. In such situations, they will spray to mark their territories.

Watch out for any sign that spraying behavior indicates medical problems in your cat, such as inflammation in the urinary tract, kidney failure, diabetes, et cetera.

Though, one of the most common reasons for male cat spraying is that your cat is finally an adult and is ready to mate with other fellow cats. Spraying is their way of telling the other cats that they are available and are ready to mingle.

When cats reach an age of sexual maturity, they tend to start spraying everywhere. They also meow a bit louder and produce some cat noises.

Usually, male cats start mating by this age. And most cats who spray are those unneutered male cats.

How Does Spraying Look, Then?

How Do I Know if My Cat Has Started Spraying? 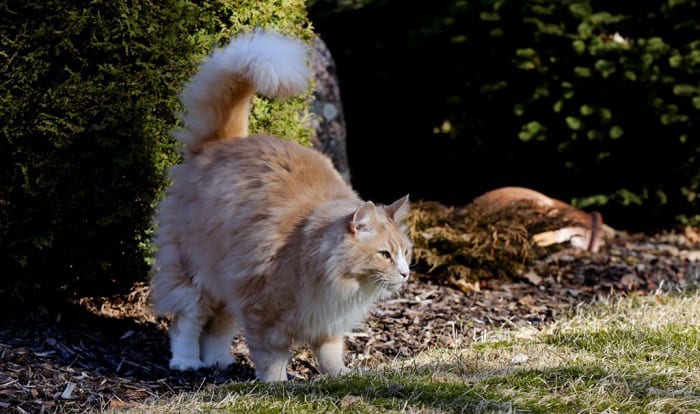 You will know when your cat has started spraying when they start to urinate everywhere in a vertical manner.

Pay attention if your cat is urinating standing up and its tail is quivering as it does. A noticeable movement using its back feet.

Also take note how old your cat is. When your cat is around 6 months old and has reached adulting age, it is likely ready to mate and date other cats.

Most cats during that age will be labeled “in heat” and need the company of another cat to mate with.

Absolutely! The time when cats spray differs from each other. However, generally, cats spray around 6 months old.

But it is also possible that boy cats start spraying as early as 4 to 6 months old when they reach maturity a bit quickly. 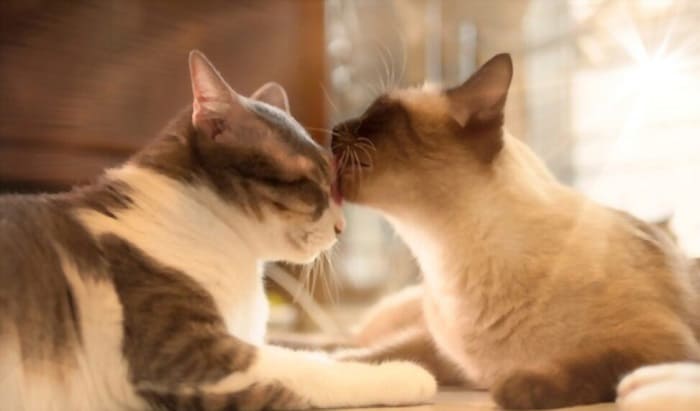 Yes! Generally, male cats have the habit of spraying more often compared to female cats. But this does not mean that female cats are not spraying.

Your female cat can also start spraying around the age of 6 months and is most likely to seek companionship outdoors.

A female kitten has also a possibility of getting pregnant even if it has not reached its maturity. So, if you have a female kitten, it is best to look out for your feline baby and make sure that it is far from unneutered, “in heat” male cats.

If the male cat has not been neutered before 6 months old, he is most likely to spray more often to attract mates.

When Do Male Cats Stop Spraying?

Neutering is the solution to stop cats from spraying. Up to 95% of cats are proven to stop spraying habits after the neuter procedure.

Although it is more advisable to neuter your cat even before it becomes sexually mature. This means neutering them around 4 to 5 months old or when your veterinarian advises you to do so.

Since spraying is a natural thing for cats, in order for your cat to finally get rid of such, your cat needs to remove that natural within them. Neutering your cat means removing the hormones that drive them to be territorial in nature.

Make sure that you know what is the root as to why your cat is spraying.

Do All Cats Spray?

No, not all cats spray. In fact, if your cat has been neutered before it reaches its maturity, your cat has a high possibility that it won’t spray.

Most unneutered cats have a tendency to spray. So, not all cats spray but a great number of them do.

Therefore, cats that start spraying are a cause of a headache for some cat owners. This makes them question, “what age do cats start spraying?”

Cats, either male or female, can start spraying before, upon or after they reach their sexual maturity. And this not only indicates that they are ready to mate but it could also mean they are stressed, or have diseases.

Your cats need more care and love now than ever. To raise a happy feline, it is also our responsibility to make them feel safe at these trying times instead of getting annoyed by their mess.

Why Does My Cat Headbutt Me? Feline Behavior Explained

Why Do Cats Purr When You Pet Them? – 8 Reasons