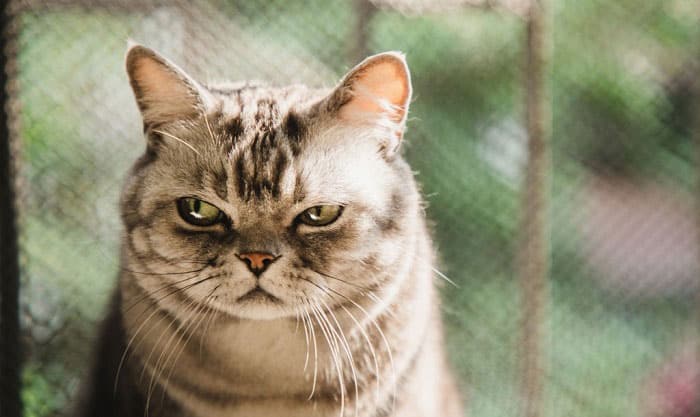 Do cats hold grudges? And how long does a cat hold a grudge? If you own a cat, you’ve undoubtedly asked yourself this. Many cat owners are perplexed by their pet’s sudden hostility. The cat’s “hateful” behavior might be attributed to a variety of factors. Let’s see what we can find out together!

How Long Do Cats Hold Grudges?

Kittens are infamous for having short memories,” researchers say. To put it another way, kittens may lack the ability to carry a grudge because they forget things quickly. According to University of Michigan studies, a cat’s memory may endure up to 16 hours.

Cats are incapable of holding grudges, yet they may experience other feelings, such as happiness or sadness.

If you observe that a cat is acting strangely, pay attention to its activities. When some cats are sad, they prefer to sit alone. Such behavior doesn’t mean the cats resent you, so let them play or sit by themselves. They will return to their regular activities when some time has passed.

The Memory of a Cat 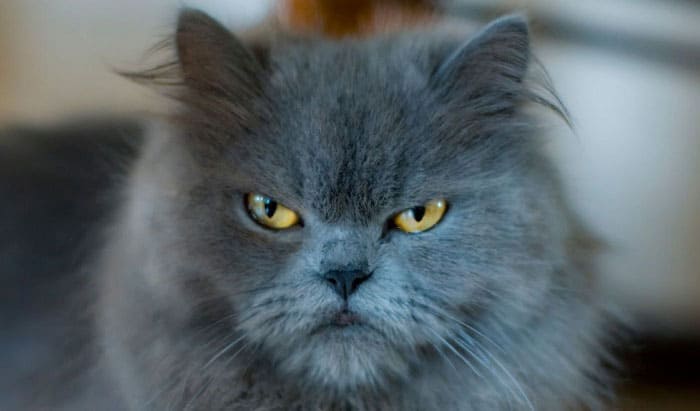 Working memory refers to how much information a person can recall at any given moment. Working memory is not a strong suit for cats, as evidenced by several studies. In such tests, cats are offered a toy and asked to choose it from a variety of toys.

A cat will most likely forget which toy it was shown if there is a delay of more than 30 seconds between the picking procedure and the showing of the cat toy. In this case, most cats are unable to recall the toy, demonstrating that cats lack a decent working memory.

Long-term memory refers to the capacity to recall experiences and information from the past.

In recent investigations, cats’ memory lasted for four hours up to two days. That is a large range, demonstrating that different elements are at play when it comes to a cat’s long-term memory.

Furthermore, a cat’s long-term memory varies greatly depending on the breed, age, and environment.

Is My Cat Mad at Me?

Cats are relatively simple to irritate, especially when you behave against their wishes. Cats communicate clearly through their body language, which might appear random. As a pet owner, you must be aware of these indicators. The following are some of the most common signs your cats are mad at you:

Give your cat some space if you see these actions. Remove yourself from the situation and let your cat wind down. Take this opportunity to consider why your cat is irritated with you. Make sure you don’t make the same mistake again.

What Did I Do to Irritate My Cat? 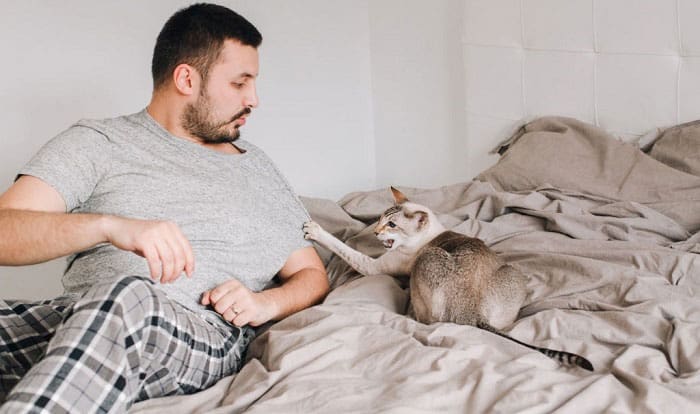 It’s impossible to figure out how a cat thinks. You’re nearly guaranteed to irritate your cat at some point. That is why forming a relationship is so crucial. If your cat has faith in you, it will most likely chill off sooner.

Don’t think that senior cats become calm as they get older. In reality, older cats are more easily enraged than younger cats. Senior cats are likely concealing a variety of age-related aches and problems. They may get irritable as a result of this. You may annoy your cat in a variety of ways, including:

Your cat may also be frustrated due to no fault of your own. Unfortunately, you may be the target of your cat’s rage.

Are Cats Forgiving or Not?

Cats don’t bear grudges and are quick to forgive and forget little mishaps. They seek to forgive human faults for the sake of self-preservation.

Make it easy for your cat to forgive by creating a warm, comfortable atmosphere for him. A calm, confident cat will have few reasons to become enraged. When combined with your self-control, this will quickly lead to the restoration of a peaceful living situation.

What Is the Best Way to Apologize if Cats Hold Grudges?

If your cats are angry or have a grudge against you, it will reflect in their behavior. As a cat owner, you must figure out why this is happening. Fix the problems when you’ve identified them. However, this does not imply things will return to normal instantly.

When cats come to your lap, cuddle them and speak to them in a friendly tone to help them feel normal.

Remember that if you treat a feline rudely and harshly, they may become offended or harbor grudges against you. As a result, while dealing with cats, treat them as if they were your children.

Above is the response to the question, “How long does a cat hold a grudge?” Cats don’t carry grudges for lengthy periods, yet they can be irritable. There are a variety of explanations for cats’ antagonistic behavior.

If you own a cat, you should ensure that your actions are not the problem. If you love your cats, you’ll be able to make them happy in any scenario.

When Is Kitten Season? – Best Time of Year to Adopt a Kitten

Why Does My Cat Bite Me Gently? – 6 Most Common Reasons