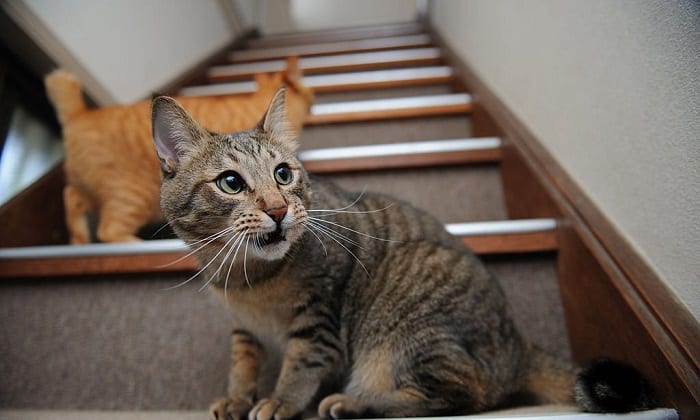 Cats are inherently inquisitive creatures with a keen sense of smell that aids them in navigating their surroundings. But why do cats open their mouth when they smell?

When a cat smells something and opens its mouth,this is called the “flehmen response”. This is a natural behavior among cats.

This response happens when a cat smells something. The smell alerts the Jacobson’s organ, an organ on the roof of cats’ mouths. This unique sensory organ is linked to the nasal cavity.

A cat smelling with mouth open means it helps the organ process the scent more deeply.

Flehmen is a German word which means “to look spiteful.” This accurately describes the moment when a cat makes a weird face after sniffing something.

That Odd Yet Fascinating Expression A Cat Makes When Smelling 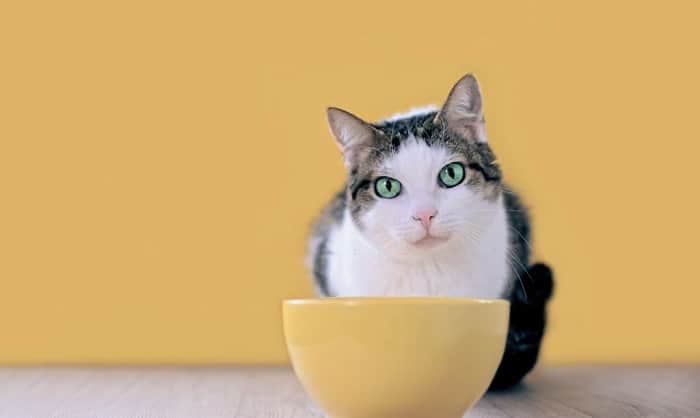 We all have seen that instance when a cat opens his mouth after smelling something particularly interesting. They also raise their head with a shocked expression on their face, as their mouths hang open.

Does it mean the cat smelled something offensive? Not really.

The fascinating behavior exhibited by cats called Flehmen Response is the cat’s way of evaluating what they think of a certain smell. This response helps the odor go along the mouth’s roof, where the Jacobson’s organ is located.

The majority of the cat’s sensory cells are located in this region, particularly the olfactory cells. This organ is the one in action when cats leave their mouth open after smelling something.

Once the scent attaches to these cells in the vomeronasal organ, signals are transmitted to the hypothalamus in the cat’s brain. This is how cats figure out what kind of smell is right in front of them.

When a cat sniff something then open his mouth, humans often see a grimacing, sneering, or even smirking expression.

The Flehmen response, however, is not even remotely suspicious. When this response takes effect, a cat’s top lip will curl forward, and its nose will wrinkle. Then, it will expose its front teeth, take a deep breath, and flick its tongue.

This silly expression usually lasts for a couple of seconds at most. Some cats leave their mouth open after smelling for an unusually long amount of time, making it appear as though they are gasping for air or struggling to breathe. 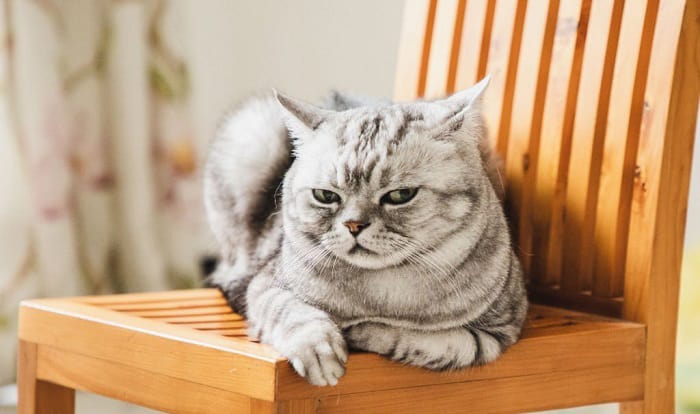 It is not a coincidence when your cat sniff something then open his mouth, especially when she is in close proximity to the litter box or when she is in a grassy area outside. The robust sense of smell that cats possess is connected to the Flehmen reaction.

This is how the process works:

1. The cat inhales the smell

First, the naturally inquisitive cat will follow her nose until she discovers something piqued her interest. You’ll easily recognize a true Flehmen from the distinctive lip curl and protruding teeth.

A cat will get quite close to the scent and breathe it in through her nostrils.

2. The cat flicks its tongue

Next, the smell is then transferred from the tongue to Jacobson’s organ, which is situated in the roof of the mouth. You’ll notice that while the cat sniffs, he moves his tongue in an up-and-down motion.

This is the bizarre sight that most humans witness. The scent is then transmitted to the brain via a series of tiny ducts located behind the uppermost row of teeth.

3. The cat analyzes the smell

Finally, the cat’s sensory experience is achieved by inhaling the odor through both the mouth and the vomeronasal organ.

Although cats have significantly less sensitive taste receptors than humans, their sense of smell may be up to 14 times more acute than ours.

What Do Cats Do When They Smell Something Bad?

Cats have a habit of rolling their eyes and scrunching up their noses if they catch a whiff of something that they consider to be unpleasant. After that, they make every effort to remove themselves from the odor as soon as they possibly can.

If you want to witness it in action, all you have to do is offer your cat a slice of citrus fruit, such as lemon or orange, or some fresh herbs like rosemary, to sniff. In a short amount of time, the car will leave the premises.

What Are the Uses of Flehmen Response in Cats?

Pheromone detection and analysis is the most popular and widespread application of the Flehmen response in cats.

Pheromones are chemical signals that are used by animals to communicate with one another. The response is utilized more frequently by male cats than it is by female cats, typically for mating purposes.

However, pheromones aren’t the only thing that this response is ever used for, though. A cat may be prompted to behave in this manner by any scent that it finds intriguing, foreign, or unique. This varies from one cat to another.

Since cats use the olfactory sensory cells and Jacobson’s organ, they have an incredibly nuanced and refined sense of smell.

This is why smell is the key sense that cats employ to differentiate between objects and people.

Also, check this video to know why do cats open their mouth when they smell:

Therefore, a cat smelling with mouth open is actually a cat’s very own self-protective mechanism, as cats are naturally curious creatures. For humans, cats may appear to have a comical look, but inwardly they could be engaged in some very important and interesting security task using their noses.

When your cat makes a weird face after sniffing your socks, know that it is perfectly normal behavior for cats. They are simply relying on their incredibly acute sense of smell to survive.

How to Keep Cats Out of Indoor Plants? – 7 Methods