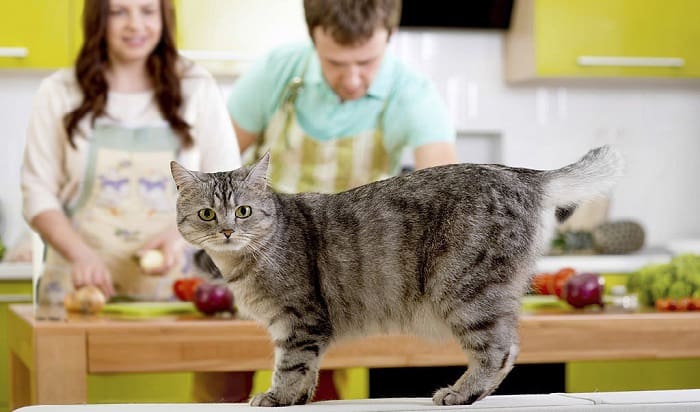 Cat meat is considered an ingredient in some countries, such as parts of Peru, Switzerland, India, Vietnam, and of course, China. Some people enjoy its taste and believe eating cat meat has health benefits.

This practice, however, is actually illegal in other countries and cultures such as in the US and Taiwan. Historically, many people only consume cooked cat meat when times are extremely difficult, such as during war.

What does a cat taste like? Do cats taste good? Let’s look into it!

The Taste of Cat Meat

What makes cat meat taste distinct from other animals’ is the slightly sour aftertaste and little transparent fish-like bones scattered throughout the meat, at least when it is cooked in a hotpot style.

Everything in the cat can be eaten, down to its entrails, and it’s been said that its intestines are particularly tasty.

Some people have also expressed that cat meat is sweeter and more tender than that of dogs.

Does cat meat taste like chicken? This question has been asked multiple times by curious netizens over at Reddit.

The answer though? Not so much. Consumers have noted that texturally, cat meat does not taste like chicken as it is more similar to pork or goat.

What is Cat Meat Called?

Pigs are pork; cows are beef – but there is no term in use for cat meat, probably because it is not as common as other animals humans consume.

It is simply called “cat meat” or “cat flesh.”

In Vietnam, however, cats on menus are typically hidden behind the euphemism “little tiger” instead of just literal “cat meat.”

Is Cat Meat Safe to Eat?

As long as you cook the meat properly and it comes from a safe source, cat meat should just be as harmless as any other meat.

It is highly discouraged to eat random stray cats because you can’t be sure what diseases they are carrying.

For the same reason, it is unwise for you to eat road kill. There’s also an additional problem of not knowing how long the animal carcass has been exposed to bacteria.

Is Cat Meat Healthy to Eat?

Although cat meat has protein, consuming it is risky because felines can transmit bacterial infections and toxoplasmosis parasites to humans.

But science aside, if you ask people who like eating cat meat, they’ll probably say it’s healthy, at least according to the Irulas and Boers of Tamil Nadu’s Krishnagiri District in India.

The villagers are primarily farmers and occasionally turn to cats for their food. They catch both domestic and wild animals and consume their meat and blood.

The blood, they believe, cures ailments such as body ache and pain in the joints, and even acts as an energizing drink. They believe that regularly drinking cat’s blood – and not “an apple a day” – is what will keep the doctor away.

Some elders in China, on the other hand, have also shared that cat meat is a “warming food,” and should be eaten in the winter. 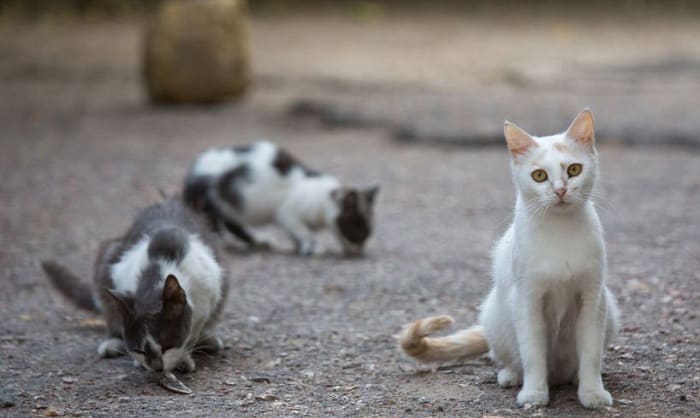 There are a few claims that cat meat has a fishy smell, or a cat food smell.

What Are Some Common Cat Meat Recipes?

At the end of the day, cat meat can be treated and prepared like any other meat. The ways to make your cat taste good are endless, depending on your seasonings and cooking method.

The most common way to eat cats is by making a soup or stew, and instances of the dishes have been found all over the world, from Australia to Italy to Africa.

It is not so uncommon to find cat meat in Chinese food, particularly in Guangdong and Guangxi provinces.

There is a traditional Guangdong dish called “dragon, tiger, phoenix,” which uses snake, cat, and chicken meat. The dish is said to strengthen and nourish the body.

How Much Does Cat Meat Cost? 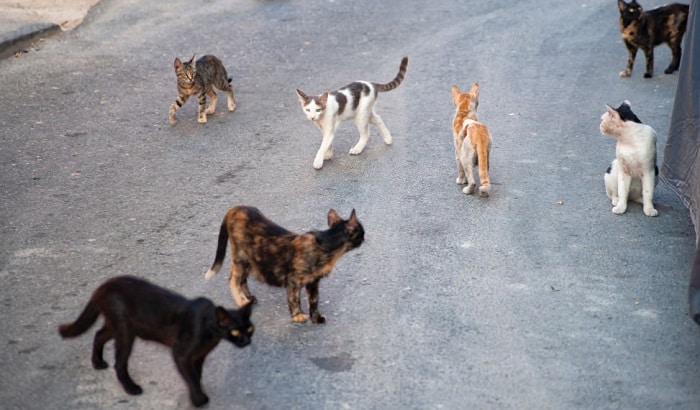 Naturally, it depends on where in the world you are but generally, prices differ for live cats and slaughtered cats.

Interestingly, black cats are more expensive. Live black cats are $8.50 per 2.2lbs, while their raw meat can go as high as $21.50 for the same amount of weight!

While this article has covered much on cat meat, there is also a phenomenon of humans consuming cat poop – or rather, roasting it.

Kopi Luwak or “civet coffee” is produced by feeding Asian palm civet cats coffee cherries. As the cherries go through the felines’ digestive system, they get partially fermented and eventually pooped out again.

Coffee beans are then hand picked out of the poop, washed, dried, and roasted, resulting in the smooth and distinct Kopi Luwak flavor.

Despite the yuck factor, civet coffee or “cat poop coffee” is one of the most expensive coffees in the world. One cup can cost between US$35-$80!

It is hard to find a comprehensive figure on cat meat consumption worldwide, but we can examine different countries and events relating to this matter.

Looking at China in particular, there is an ongoing movement away from the consumption of cat meat, largely due to the rising popularity of keeping cats as pets.

The Chinese Animal Protection Network, for example, has organized protests against the consumption of dogs and cats.

A Chinese pet store owner has also noted that there are now more pet stores than cat meat stores, and that the younger generation seem to be shying away from the practice of eating cats.

In Vietnam, Hoi An, a popular tourist destination, has started an initiative to eliminate cat meat consumption.

Most people’s hesitation on consuming cats seems to stem from an emotional place or the fact that they are our furry, feline friends.

It seems highly unlikely for people to ever stop eating cat meat, even if one day it is only done out of curiosity.

As long as the cats were killed humanely and are safely sourced, people should feel free to find out for themselves the answer to the question: what does cat taste like?

Should I Brush My Cat’s Teeth? Here is Why You Should!