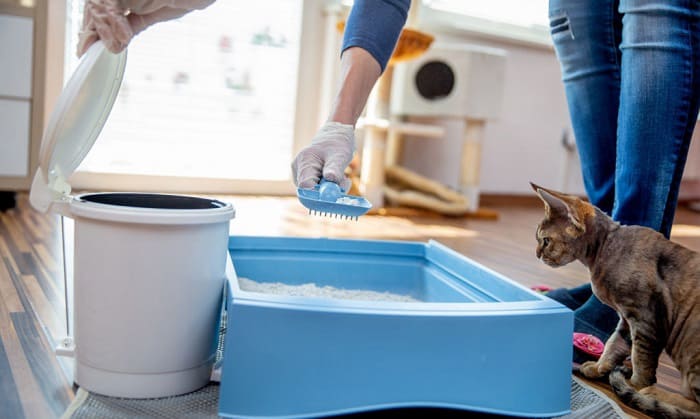 How often should you change cat litter? That is a question that many cat owners have. Some cat owners scoop litter regularly, although they rarely change cat litter. This may cause your cat to look for a new spot to defecate, and that would be a disaster.

The frequency of changing cat litter is determined by the type of litter, the health of the cat, and, most importantly, your personal preferences.

In this post, we’ll discuss how often you should replace your cat’s litter. 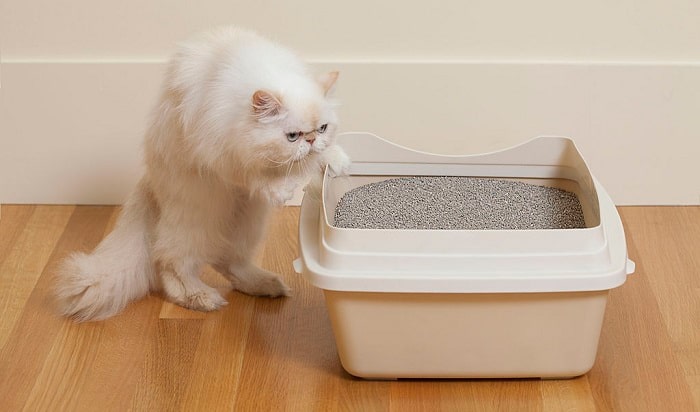 Today’s kitty litter comes in a variety of shapes and sizes. The kind determines the frequency with which you should change the litter.

Clay is by far the most prevalent and one of the oldest types of litter. Clay litter is a sort of natural dirt that is very absorbent. Manufacturers add additional chemicals to induce the clay to clump in the presence of moisture, resulting in two forms of clay litter: clumping and non-clumping.

If you want to use clay litter, you’ll have to try a few different types to find which one you and your cat prefer. Most individuals prefer the clump type because it is simpler to remove impurities, and the waste is contained within the clump, preventing contamination of the remainder of the litter.

Because you can remove waste as your cat creates it, you will only need to replace clumping litter every two weeks or so. Because non-clumping litter allows urine to spread more easily, it should be replaced once a week.

Clay litter is cheap, effective, and simple to clean. It is, however, exceedingly dusty, and certain clumping varieties may include hazardous chemicals and scents that might hurt your cat.

Silica litters, made up of crystalline silica gel, are extremely absorbent, emit less dust, and are one of the finest litter kinds for odor management. However, ingesting high amounts of silica might be harmful to your cat, so some owners may prefer to avoid using this litter entirely.

If you’re using silica litter, you should replace it once a week to once every other week, depending on how much odor you can detect and whether or not the litter appears to be soaked with waste.

Paper litter is becoming more popular as it is biodegradable and manufactured from recyclable materials such as old newspapers. It is lighter and simpler to manage than clay. Paper litter is also gentler on your pet’s feet and doesn’t track as far into your home as other types of litter.

One of the nicest things about paper litter is how little dust it produces. On the other hand, many cats are opposed to using paper litter, which can get wet and untidy.

You’ll need to change your paper litter at least twice a week because it doesn’t contain odor as well as clay. It may also smell more as a result of this.

How Often Do Cats Use the Litter Box?

A healthy cat who eats enough for the day would need to urinate up to four times a day and defecate roughly half as often. Along with food, the cat’s habit is influenced by hydration, age, and house temperature.

Your cat will most likely produce more solid feces at least once a day if it is healthy. If the number of times your cat poops rises, don’t be concerned. When it doesn’t defecate at all, that’s when you should be concerned.

Kittens have a simple digestive system. As a result, they defecate more frequently than adult cats.

Cats on a more complex diet because of medicine have an odd pooping routine, which goes hand in hand with their age. In addition, the cat’s activity level has a big impact on digestion.

It is typical for your cat to poop 3-5 times each day. However, this means you’ll have to work more to keep the litter box clean.

How Often Should You Clean Litter Box? 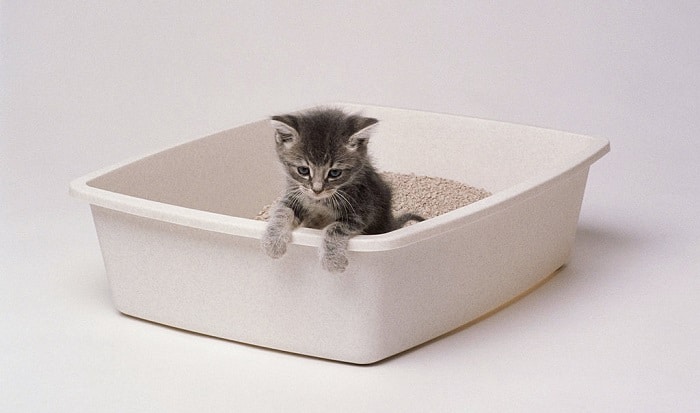 How often to clean litter box? As soon as you become aware of the dirt. If there is any evidence of pee or feces on the plastic, simply wipe them away with a moist wipe. Allowing them to dry will make them more difficult to remove.

If you are unable to wipe the dirt away, empty the box and wash it with soap and hot water.

Check the box while you’re changing the litter if you’re using non-clumping litter. Is there any evidence of urine or filth on the bottom, or anywhere else? That would be an excellent time to fully clean the box.

Keep an eye on the litter box if you’re using clumping litter. How often to change clumping litter box? It’s feasible to just keep topping up the box if you don’t notice any unclean spots or odor concerns. You may conduct a full thorough wash every few months or even once a year.

When it’s time to change your cat’s litter, clean the litter pan first. This will help you avoid odors and upset cats. The safest alternative is to clean your cat’s tray with hot water and mild dish detergent. You’ll be able to add fresh litter to give a clean toilet to your cat after complete cleaning and drying.

Why Do You Need to Clean the Litter Box Frequently?

Whether a cat is domesticated or not, cats always prefer to litter in a clean environment. If a place is dirty, a cat usually does not poop there.

If you leave the dirty litter in the box, the cat will be forced to defecate somewhere else in your home. And you’re not going to like it, since the location might be anything from a shower mat to a closet corner to a bedspread in your home.

You may not notice much on the first day, but as time progresses, you may detect odor emanating from various parts of the home.

So, cleaning litter box is a necessity for both you and your pet.

How often should you change cat litter? As stated above, that depends on the litter you use.

Giving your cat new litter will prevent foul odors from stinking up your home. Plus, it will also make your feline friend happy. We hope this article has given you useful information. Thanks for reading!

Why Is My Cat Shaking? Know the Root Causes Here!