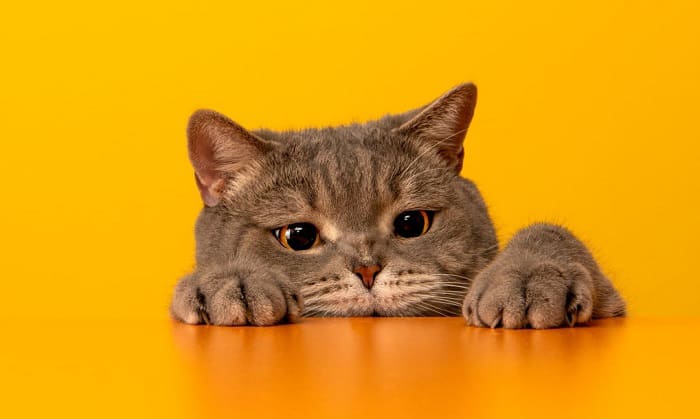 As a person obsessed with cats, I love spending my spare time playing with my cats and doing online research about them. Cats are the most lovely animals with such adorable facial expressions I have ever seen in my life.

Among all the different parts of their body, don’t you agree that their little paws are the cutest features of your cats? If you spend time examining your feline’s paws, you may wonder what the number of toes on a cat usually is.

Well, I have done you a favor by looking it up on the internet, and this article will be my answer to the question of “How many toes does a cat have?”. Furthermore, I will introduce you to the definition of a polydactyl cat, which is a cat with extra toes.

First of all, let’s have a look at what I am going to discuss in today’s article:

I know that you are really excited to learn about your kitty toes. Hence, I’ll begin this article right away with the first section: The Number of Toes A Cat Has. Don’t forget to read until the end of this article to find out more about cat toes.

The Number of Toes a Cat Has 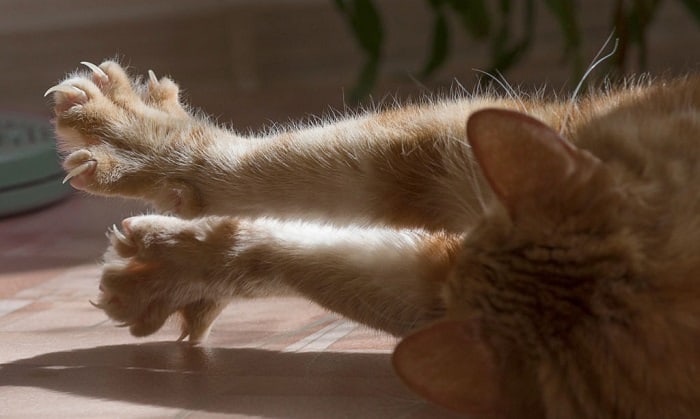 Have you ever tried to count how many toes of your beloved cat there are? In general, there are normally eighteen toes on a cat. You might think this is a strange number as they have four legs and eighteen is not divisible by four.

The explanation is that cats are not similar to humans. Instead, they have different numbers of toes on their front and back paws. To be more specific, each of their front paws consists of five toes, and each of the back paws has four toes.

So, why is there such a weird difference in the number of your cat toes? The reason is that cats often make use of their front paws for several functions. In fact, their paws act as the hands of our humans. For instance, cats might use their front paws to grab objects such as their toys or groom themselves, especially their faces.

On the other hand, their back paws and toes work as a way to assist them when jumping, pouncing, or running around. Moreover, the pads of your cat’s feet may sweat a little, which helps to cool themselves during high-temperature days.

In addition, their soft pads are super convenient and efficient in jumping around without making any noticeable noise. Given the various functions of your cat’s toes, it is advised that you trim your cat’s nails regularly by yourself or by going to a pet salon.

What if My Cat Has More Toes

Not every cat has exactly eighteen toes, some might have more than that. In that case, they are called “polydactyl cats”. Yet, you should not be holding too many concerns about your cat having more toes than normal.

Actually, there is no harm at all if your cats have more toes than the others. It just makes them more adorable. Yet, this might cause more difficulties when trimming your cats’ nails.

Moreover, it can be beneficial to know that there is another health condition often confused with polydactyly, which is called feline radial hypoplasia.

The difference between these two conditions is that the feline radial hypoplasia leads to the development of toes right next to the normal ones. Consequently, the cat would have considerably larger paws. 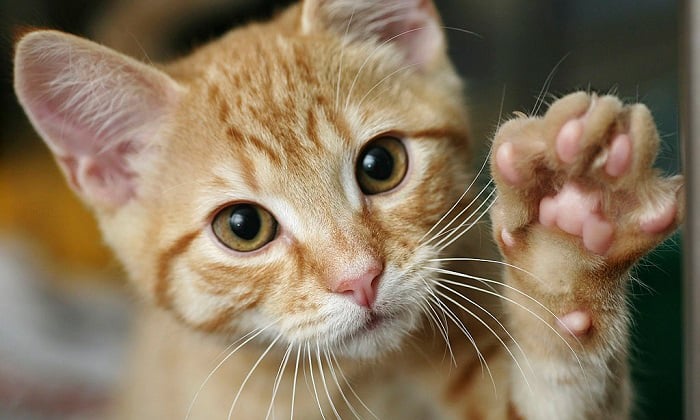 Here are several fun facts about this particular kind of cat that you might not know.

1. Genetic Mutation is The Main Cause

You can tell from their names that this phenomenon is a consequence of polydactyly, which is a genetic abnormality that results in the formation of extra toes on cats.

Usually, the front paws are affected by polydactyly. However, several rare occasions occur on a cat’s hind paws, and there are few chances that polydactyly happens on the four paws.

When an extra toe forms in the middle of a cat’s paw, it creates an appearance of a thumb or mitten. Once again, this is not harmful at all, just adding more cuteness to your cat!

3. Polydactyl May Be Super Beneficial

This fact might sound strange but it is an interesting fact that you may not expect. As polydactyly makes your cat a bit bigger, it is easier for your cat to balance on various surfaces.

Moreover, your cats will find going on a hunt less challenging as their movement becomes much effortless. If you own a polydactyl cat, make sure to purchase something so it can scratch on, such as cardboard. Otherwise, you might find a lot of scratches on your furniture.

4. They Are Symbols of Luck

Polydactyl cats are considered to bring various good luck to sailors, which resulted in the fact that sailors always brought a polydactyl cat on long journey trips over the sea.

Another reason why polydactyl cats are so favored by sailors is due to their excellent ability in catching mice. Hence, these cats would protect the supplies from being damaged by mice and many other animals.

Polydactyl cats are occasionally known as Hemingway cats because he loved them so much! Ever since he was given a white polydactyl cat called SnowBall by a captain, he developed such a great affection for them.

In 1961, succeeding Hemingway’s death, his house became a museum as well as a home for his feline friends. At the moment, this place has been turned into a home to 50 cats, and half of which are polydactyl.

6. The Polydactyl Cat with The Most Toes

In the present, the cat that is holding the world’s record for having the most number of toes is named Jack. It was counted that Jack has up to twenty-eight toes in total, with seven on each paw. How astonishing it is, right?

In short, how many toes does a cat have? Generally speaking, a normal cat would have eighteen toes, with five on each front paw and four on each back paw. However, there might be cases of polydactyl cats who have more toes than normal.

I hope you have enjoyed this article. Let me know how many toes your cat has in the comment section. If you find this article informative, don’t forget to share it with your friends and family as well.